Thoughts on Opera Next

I have been using Opera Next 18.0 as my primary browser for the past few weeks. This is the first version of Opera with the guts of Chromium. 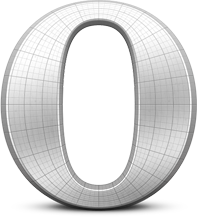 I should mention, for the unfamiliar, Opera Next is essentially the Beta version of the Opera browser. It is pre-release software and thus not fully complete yet. Chrome has a similar beta build called Canary.

So please understand that I’m discussing a not entirely finished product. My thoughts:

One of my motivators for trying it out is that under the hood Opera Next is now using Blink, the rendering engine Google forked from Webkit.

I’ve used Opera as my main browser in the past, but usually ended up moving back to Safari or Chrome because its own Presto rendering engine tended to be a bit quirky. No more.

With Blink they’re literally using the same engine as Chrome so those quirks are a thing of the past.

That and most of the things Chrome has (like the awesome Web Inspector) are all present here with Opera Next.

Arguably the same as the previous point but I think it is worth having its own mention.

One of the pain points in leaving Chrome in versions past was losing access to its rich library of extensions. Now that Opera Next is using the same internals, the two browsers can actually share extensions!

The Opera Extension website has most of them, but if there’s a Chrome extension not yet on Opera’s Extension page, you can still download the Chrome version and use it with Opera: Instructions

So that killer Chrome extension that you rely on that was preventing you from trying another browser? Now usable in Opera Next!

I generally consider Google Chrome the gold standard as far as browsers go. It’s clean, it’s fast, has a ton of well-written extensions. But my browsing history is a precious resource. Having it in the hands of a company whose primary source of income is advertising seemed a bit worrisome to me.

So a browser that is essentially the same but not managed by an ad company is very appealing!

Opera has a thing they call Link for sharing settings across different computers.

It works basically as you’d expect and seems basically the same as Google Chrome’s sync. I’m sure there are subtle differences but none I noticed worth mentioning.

Opera Next has a feature called Speed Dial.

It’s clean, it’s nice, and an absolute pleasure to use.

It’s kind of their version of the Safari Top Sites page but it also integrates search and more, and most importantly, it’s fast. If my memory serves me right, Opera was the first to implement this kind of feature and in my opinion they still do it best. 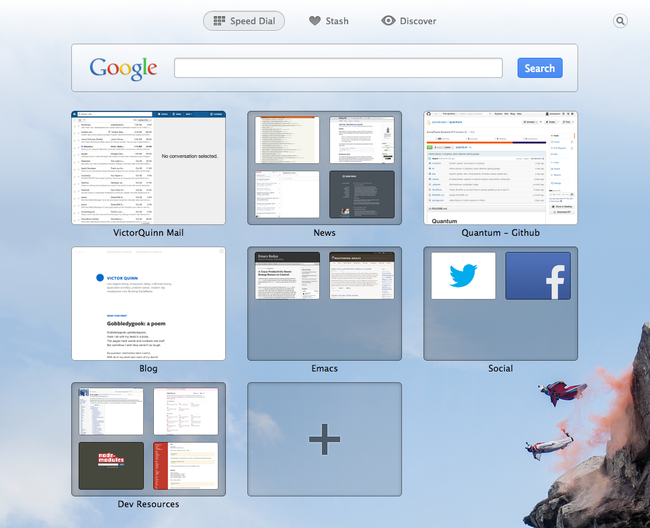 By contrast, Chrome’s “similar” feature just shows the most recently visited sites, is not configurable, and looks rather foolish on a large display: 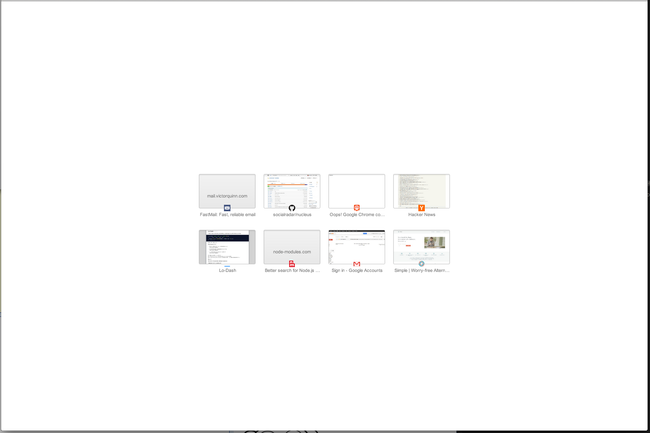 I put “similar” in quotes because these really are 2 different beasts altogether and barely comparable. I’ve always wondered by the Chrome team hasn’t given that feature more love, it’s so ugly and not very useful yet it’s the default New Tab screen so I see it often…

The capability of Speed Dial in Opera Next to add folders, the easy integrated search, the way it is responsive to the window size, and more make this a best in class implementation.

6. Close button on the left hand side of the tabs (good) #

This is one of those little things where Chrome decided to go against the UI conventions of OS X (by putting the close window button on the right hand side) and it always drove me bonkers.

Throughout the rest of the OS the close buttons are always on the left, so forcing me to go to the right in Chrome was always an annoying exercise in fighting muscle memory.

Opera Next gets it right.

A bit difficult to quantify, but some combination of the UI design in Opera Next just felt very clean. Below I compare it with Chrome on a lot of things to have more of a 1-on-1 comparison.

The squared version is just simpler and uses space a bit better.

I prefer the + icon for a new tab rather than the parallelogram that Chrome has. It’s simpler and illustrates intent a bit better.

Chrome used to have a + in its parallelogram which it removed at some point. I’d have preferred if they had opted to remove the parallelogram and leave the +

I also prefer the way the x to close a tab is hidden most of the time in Opera Next whereas it’s always visible on Chrome. This added to the cleanliness. (In Opera Next, the x is right behind the favicon and mousing over the tab shows it so it’s not difficult to find, particularly since it’s on the left where it should be).

Having it omnipresent as in Chrome added clutter that I didn’t love. Having a browser window with 12 tabs, thereby showing 12 close buttons on Chrome seemed excessive and was a waste of screen real estate, often leading to titles being cut off more:

On Opera Next it’s much cleaner. Not only due to not killing space with the extra x but also because the square maximizes the horizontal space and because of the way Opera Next subtly fades the divider as it goes up:

Both screenshots on Opera Next and Chrome respectively with 12 tabs open to the same sites, sized to the same horizontal width.

I also always found Chrome’s hamburger menu rather redundant and a waste of space. It doesn’t add anything that’s not already in the OS X Menubar and it adds clutter. 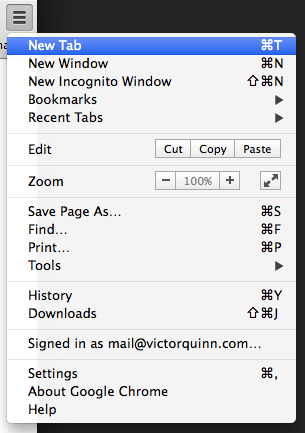 My only thought is that they were going for parity between their Windows and Mac versions, so they added it on Mac in spite of its redundancy, but that always seemed like an odd UI decision.

Opera Next also does a better job of differentiating between the currently active tab and the background tabs from the tab bar.

To Opera Next where it’s a bit more obvious:

This confused me at first, but now I really enjoy it. A few years ago, one of the browsers made the first move to hide the protocol from the URL bar (http:// or https://).

At the time there was a fair amount of backlash but I think hindsight shows they were right as it’s been widely adopted now.

Opera Next took things to the next level and are also hiding query string parameters, if any are present. They appear as soon as you focus on the URL bar or copy/paste the URL, but otherwise they’re hidden. This was another subtle thing which made it much cleaner. Compare Chrome:

There are many other subtle differences here and there and overall I just preferred Opera Next’s choices.

I’ll admit this bit is rather subjective, but to me all of these little things make a difference.

I couldn’t figure out how to get these to work so I’m fairly certain they aren’t present yet (someone please correct me if I’m wrong though!).

Not only could I find no way to configure them, but visiting sites that support them (such as GMail) I was met with a message saying that my browser didn’t support them.

I was able to “enable them” on one site and the browser tab crashed! And it kept crashing each time I tried to visit the site.

I was able to disable them by manually going into LocalStorage and manually changing the setting this web app used to enable them, but this is not a move for the non-tech savvy!

Perhaps this will be fixed before Opera Next becomes Opera, but for now it was a major disappointment.

Chrome and Safari have desktop notifications, it has been a step back to use a browser without them.

I’ve been so used to Chrome and Safari on iOS allowing me to open tabs open on my desktop that I didn’t notice until it was gone.

They do have Opera Mini but the experience was horrible. After 5 minutes of playing with it I uninstalled it.

This is fairly disappointing.

Overall, I am a huge fan of Opera Next.

I wouldn’t necessarily say it’s ready for prime time for everyone yet (it is just a preview after all, like Opera’s version of Canary), but I think it’s totally ready for the tech savvy and I’m excited for Opera Next to become just Opera!

Soooo slow # First, I love zsh. It has a bunch of features that bash doesn’t so I’ve been using it as my main shell for about three years. That said, it hasn’t been all great. Some time ago, I came across a major issue that almost made... Continue →